Laura Mattioli details the relationship between her father, Gianni Mattioli, and the artist Fortunato Depero, which began in Milan in 1921 and lasted until Depero’s death in 1960.

The friendship between Fortunato Depero and Gianni Mattioli (figure 1) began in 1921, on the occasion of Depero’s solo show at the Palazzo Cova in Milan. Their relationship would ultimately become significant for both of them. It was through Depero that the young Mattioli was introduced to the Futurist movement, which, in the wake of World War I, was reorganizing itself under the guidance of Filippo Tommaso Marinetti. Mattioli, in turn, learned to appreciate the work of Umberto Boccioni; he also met Marinetti, as well as Anton Giulio Bragaglia; and he discovered pittura metafisica (metaphysical painting) and the poetics of Valori Plastici.

Throughout the 1920s, Mattioli regularly ran errands in Milan for his friend from Rovereto, and, when Depero Futurista (also known as the ‘Bolted Book’) was published in 1927, he collaborated with Felice Azari on both the practical and logistical aspects of the book’s realization. By the early 1930s, Mattioli was able to afford his first artworks by Depero, who himself had just returned to Italy from a sojourn in the US that had resulted substantially less successful than the artist had hoped. It was during World War II – when Depero was in financial crisis, and facing a great deal of criticism of his art – that this commercial relationship turned into true patronage (figure 2).

Rather than purchasing Depero’s most recent artistic products, Mattioli acquired nearly all of the unsold artworks from his first Futurist period, which date from the 1920s to the early 1930s. This body of work encompassed many of Depero’s masterpieces including various large-scale paintings, drawings, and tapestries that were displayed at CIMA during its inaugural exhibition in 2014. When Mattioli was forced to relocate to Meina on Lake Maggiore (his Milanese house was bombarded during the war), he developed his collection into a monographic museum based in his very own house.

At the end of the war, Mattioli supported Depero financially as he embarked on a second visit to the US that was ultimately filled with as many difficulties and frustrations as the first. Back in Milan, Mattioli also organized a solo show for Depero and tried (in vain) to convince the scholar Alfred Barr to include some of the artist’s works in MoMA’s 1949 Twentieth-century Italian Art exhibition. Even after Depero’s death, Mattioli persistently promoted his friend’s career and fought for his recognition. For example, in 1970 he actively collaborated in the monographic exhibition on Depero in Bassano del Grappa, curated by Bruno Passamani. The collector even continued to help Depero’s widow, Rosetta, and defended the artist’s legacy in the Depero Museum in Rovereto.

About the Author
Laura Mattioli is the Founder and President of the Center for Italian Modern Art (CIMA), as well as a member of its Advisory Committee. As an art historian, curator, and collector, she specializes in twentieth-century Italian art and has published, lectured, and presented extensively on the subject. Since 1983, Mattioli has been the curator responsible for the collection of her father, Gianni Mattioli. Considered one of the most important aggregations of Italian avant-garde and modern art, the collection has, under this stewardship, loaned works to institutions throughout the world, including the Peggy Guggenheim Collection in Venice.
Back to Top 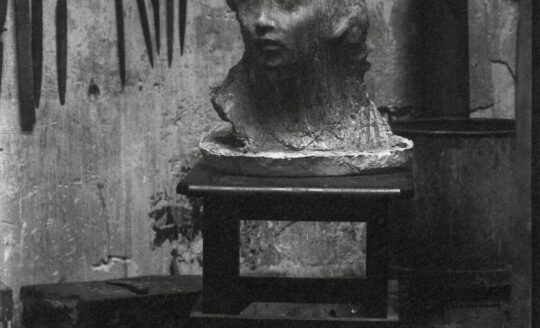