Just before Thanksgiving, CIMA members got to take an extra-special, behind-the-scenes tour of the Department of Scientific Research at the Metropolitan Museum of Art. The division, the only one of its kind in the United States, is distinct from (but in close collaboration with) the Department of Conservation. It is normally closed to the public.

CIMA members were greeted by Marco Leona, David H. Koch Scientist in Charge of the Department. Dr. Leona explained that the fundamental mission of the department is to investigate the material aspects of works of art in The Met collection, and work with designers, registrars, collection managers, and other staff to guarantee the long-term safety of the collection. 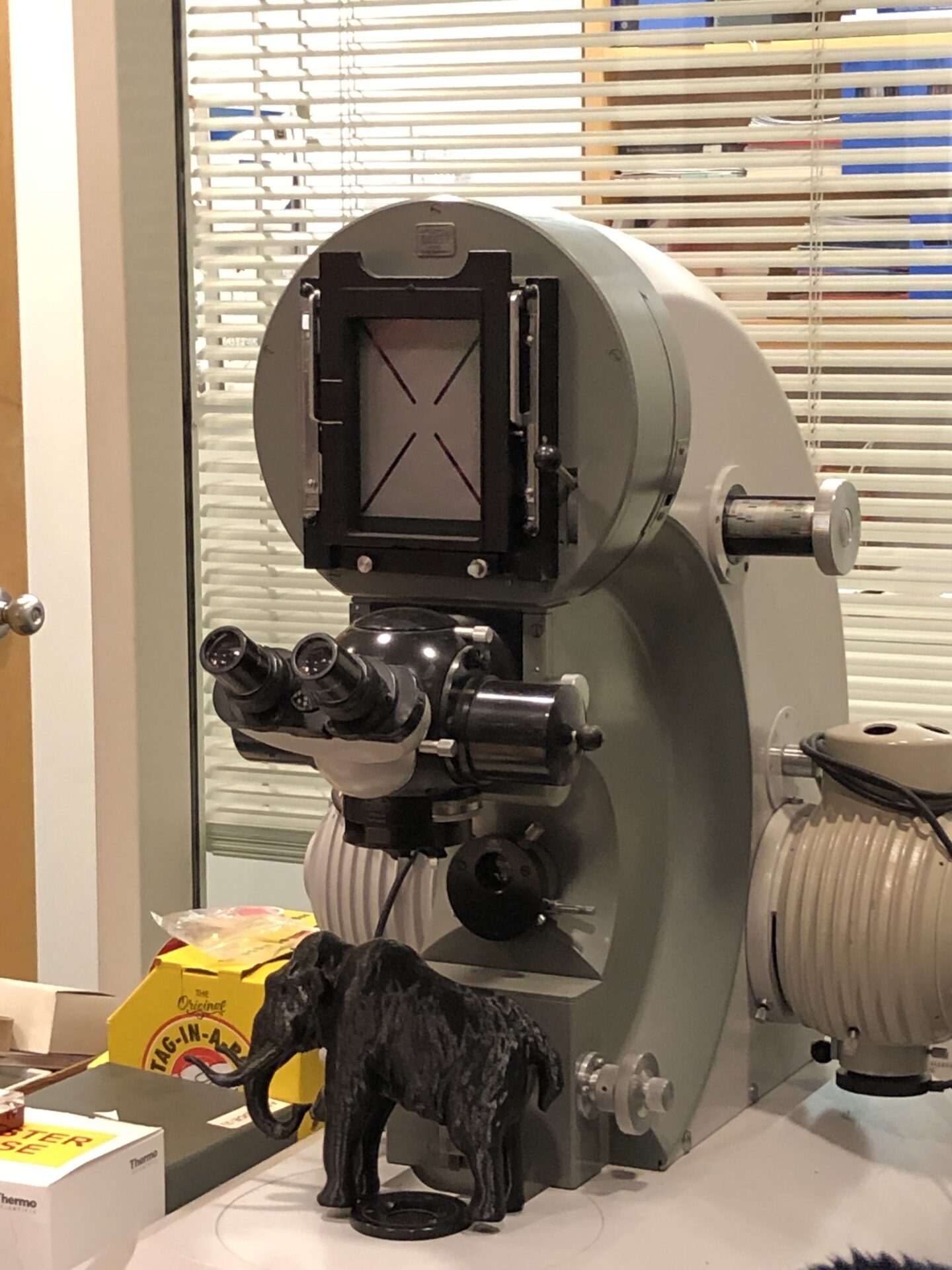 Dr Leona then gave an extremely in-depth explanation of a particular interest of his: the effect of synthetic dyes on traditional Japanese art and fabric. According to Leona, the massive influx of synthetic European dyes (such as Prussian Blue) into nineteenth-century Japan led to a radical change in the price and production of Japanese art. These changes are perhaps even most consequential on the molecular level: Leona delineated all the scientific tools and methods he used to date Japanese scrolls based on what dyes were present within a given work. He was able, for example, to confirm the authenticity of a Hokusai scroll using this method; it had been presumed fake for decades. 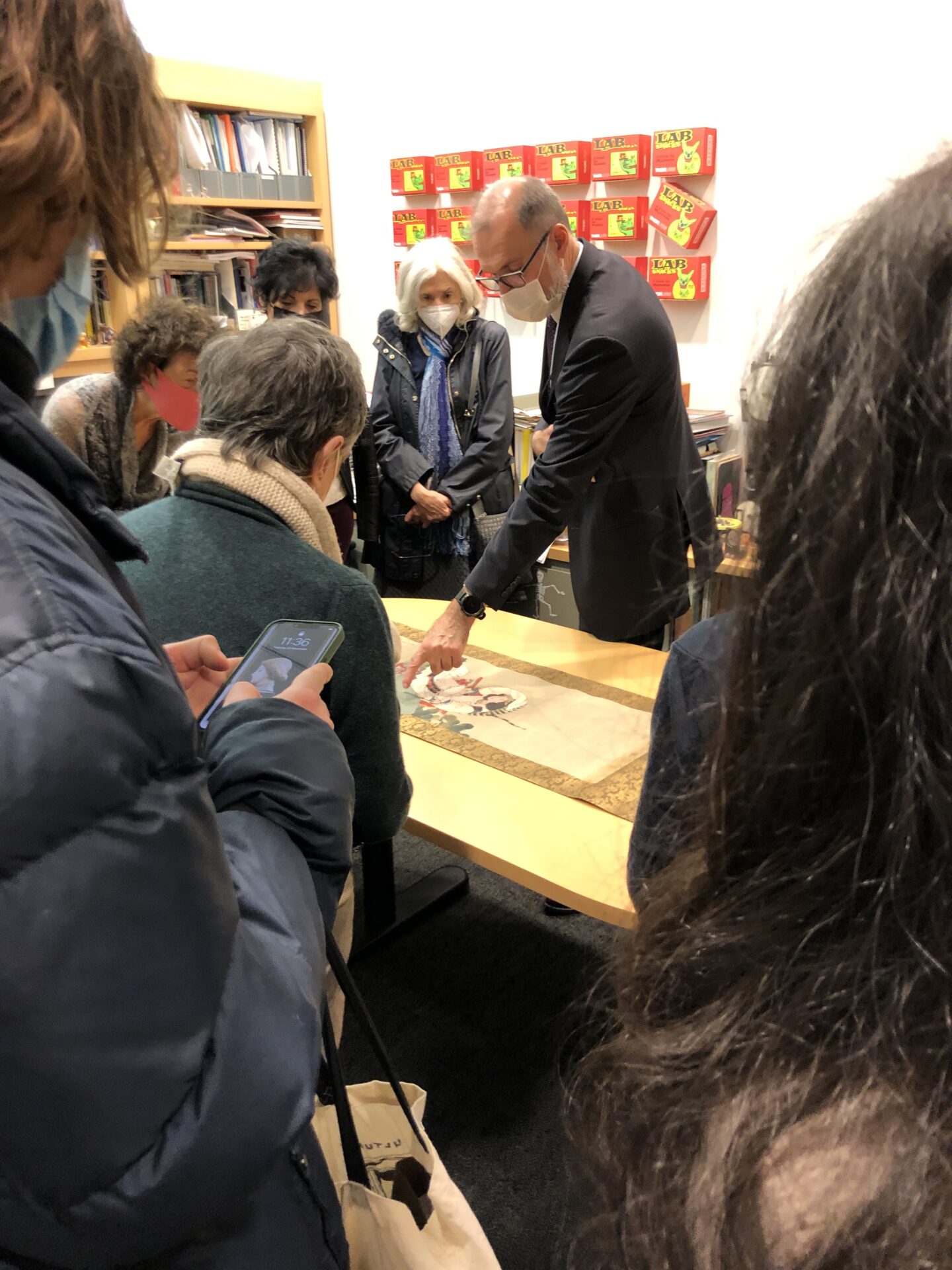 After an hour or so, Dr. Elena Basso, Associate Research Scientist, took over the tour, and showed us that the Department’s reach goes far beyond The Met: Dr Basso coordinates scientific research across several of The Met’s institutional partners, so as to increase collaboration between American museums and advance the state of scientific research into works of art.

Finally, CIMA members got to examine the many scientific instruments present within the close quarters of the Department, including spectrometers of every kind (infrared, mass, raman UV, fluorescent), humidity chambers, and specialized ovens that speed up the material deterioration. 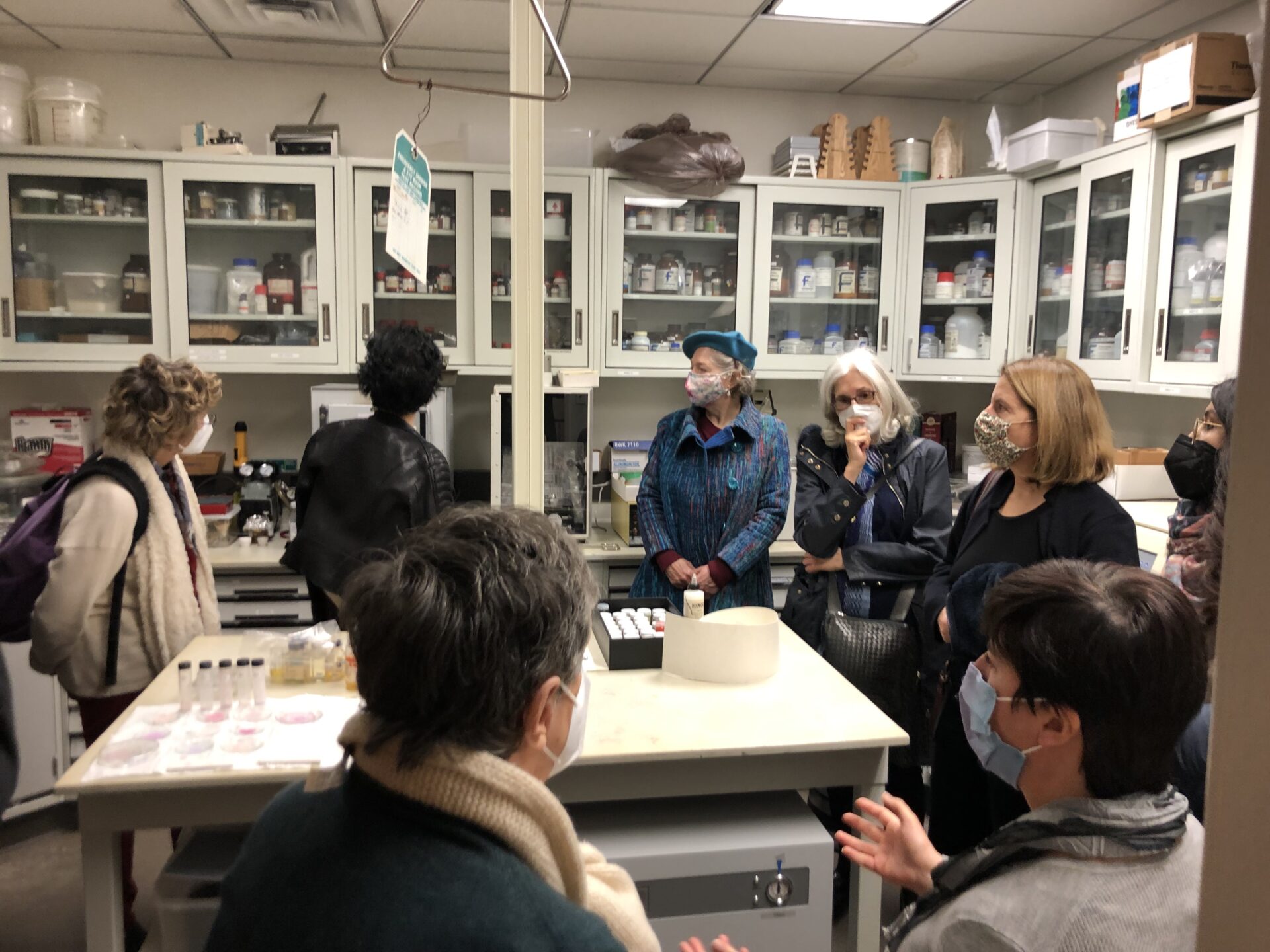 A massive thank you from all CIMA staff and members to Dr Marco Leona, Dr Elena Basso, Maria Goretti Mieites Alonso, Dr Federico Carò, and all of the Scientific Research Department at The Met for this unforgettable experience!