Italy encountered the USSR on Thursday night when CIMA Members and Staff were treated to a guided tour of “The Utopian Avant-Garde: Soviet Film Posters of the 1920s” at Poster House. Displaying posters entirely sourced and loaned from the The Ralph DeLuca Collection—considered to be amongst the most complete and highest-quality collections of Soviet film posters— the exhibition aims to provide a survey of film poster production in the direct aftermath of the Bolshevik Revolution, but before the Stalinist crackdown on the film industry and on the arts as a whole. Indeed, moving through the exhibition, one will encounter a great deal of posters advertising foreign films (Mostly German, but some American as well). 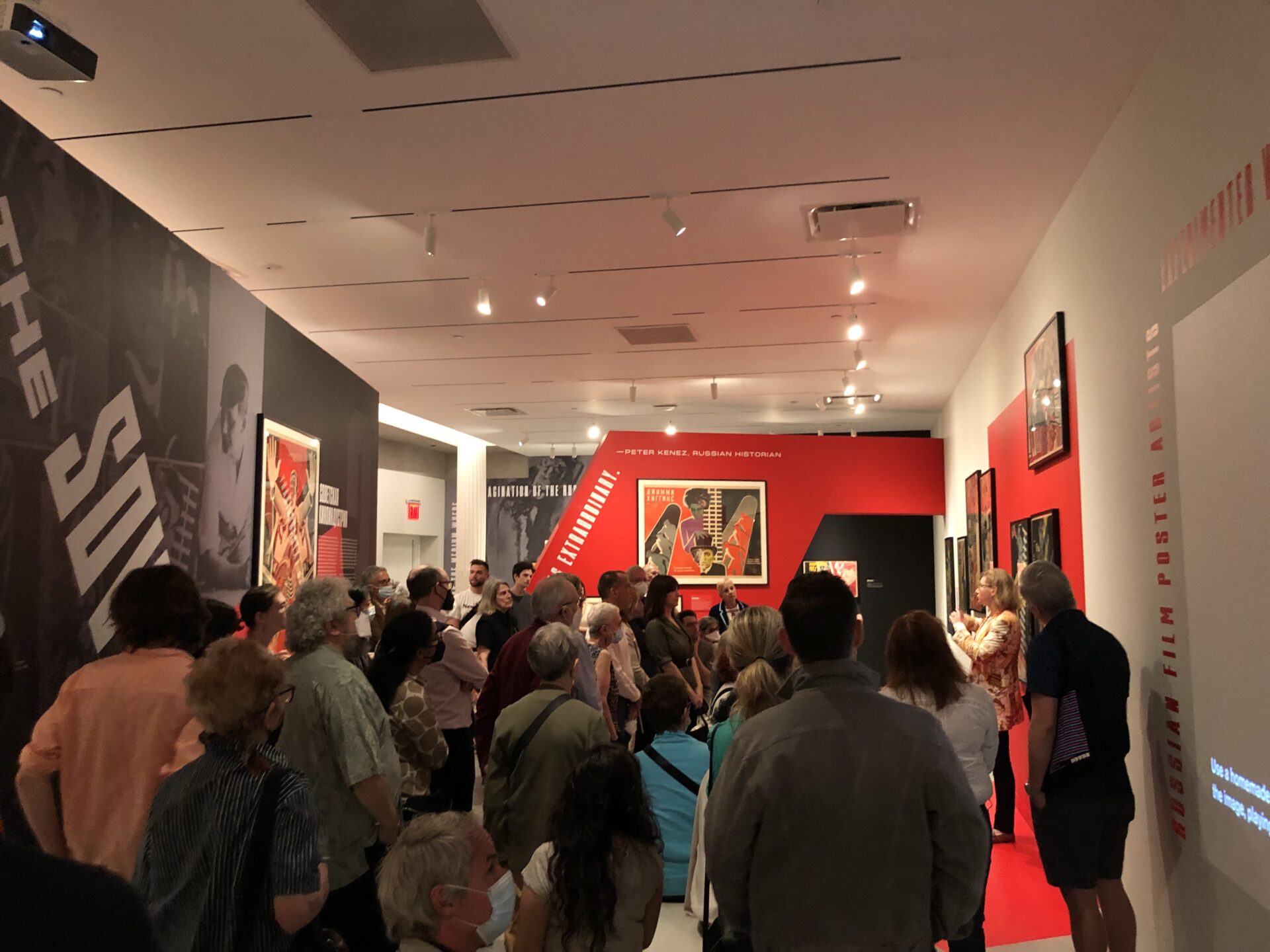 Remarkably, the exhibition is the first to display all the film posters produced by the Constructivist artist Alexander Rodchenko in one space (The Death Ray, Film-Eye, One-Sixth of the World, and, of course, Battleship Potemkin).

Angelina Lippert, Chief Curator and Director of Content at Poster House, led the tour. Interesting and funny anecdotes were by no means in short supply. Lippert was sure to underscore the somewhat deceiving appearances of many of the posters: while many of them appear to be constructed using photomontage, the technique was scarcely used in USSR during 1920s. Rather, artists employed film and photo negatives to painstakingly reproduce images from the films by drawing. Also of note was the second section of the exhibition, featuring posters that were made by artists who did not see the films they were charged with advertising.

After the guided tour, everyone was treated to an aperitif, much enjoyed by all. 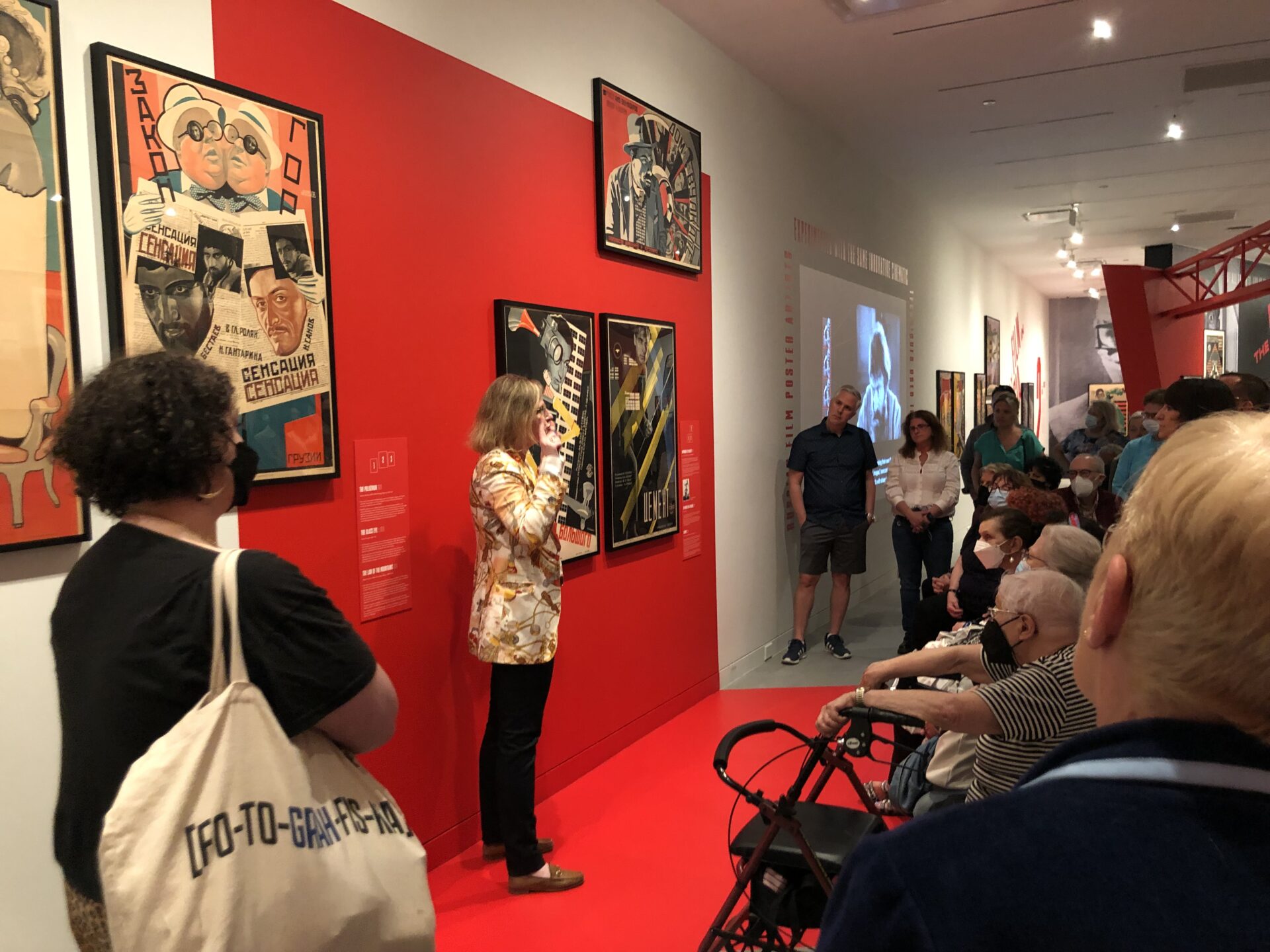 CIMA wishes to extend its thanks to the entire Poster House Team for such a cordial reception, and especially to Angelina Lippert, Client Services & Membership Manager Ann Meisel, and Museum Director Julia Knight for organizing the visit! We can’t wait to have you all over for a guided tour of our next exhibition.