The Picture Book Reimagined: Bruno Munari and His Creative Legacy 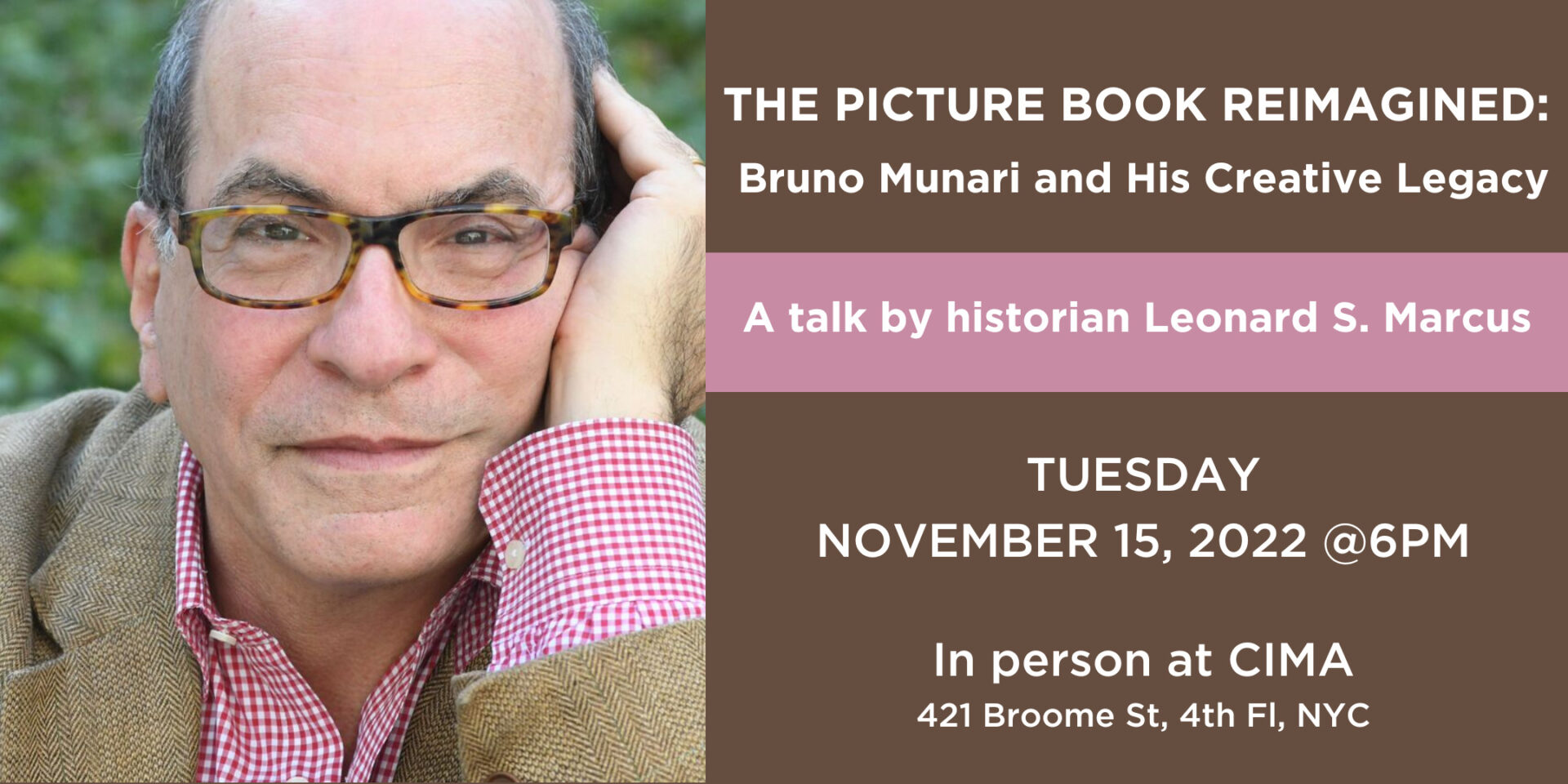 Bruno Munari propelled the children’s picture book in startling new directions, introducing sculptural and toy-like elements to the printed page designed to unleash a child’s imagination as never before. In this illustrated talk offered in conjunction with the exhibition Bruno Munari: The Child Within, historian Leonard S. Marcus will trace the world-wide impact of this beguiling innovator’s ground-breaking books on the work of picture book artists Leo Lionni, Eric Carle, Květa Pacovská, David A. Carter, Katsumi Komagata, and others.

Leonard S. Marcus is the world’s preeminent writer on children’s books and the people who make them. He is the author of award-winning biographies, histories, and studies including Margaret Wise Brown: Awakened by the Moon; Dear Genius: The Letters of Ursula Nordstrom; Helen Oxenbury: A Life in Illustration; Randolph Caldecott: The Man Who Could Not Stop Drawing; The Annotated Phantom Tollbooth; You Can’t Say That!, an in-depth look censorship and the literature for young people; and (forthcoming) Pictured Worlds, an international history of the illustrated children’s book. Leonard is a founding trustee of the Eric Carle Museum of Picture Book Art and was the curator of the New York Public Library’s landmark exhibition The ABC of It: Why Children’s Books Matter. A frequent contributor to the New York Times Book Review, he teaches at the School of Visual Arts and lectures about his work across the world.