Forming Citizens for a New Era: Soviet Children’s Books and their Reception in Europe 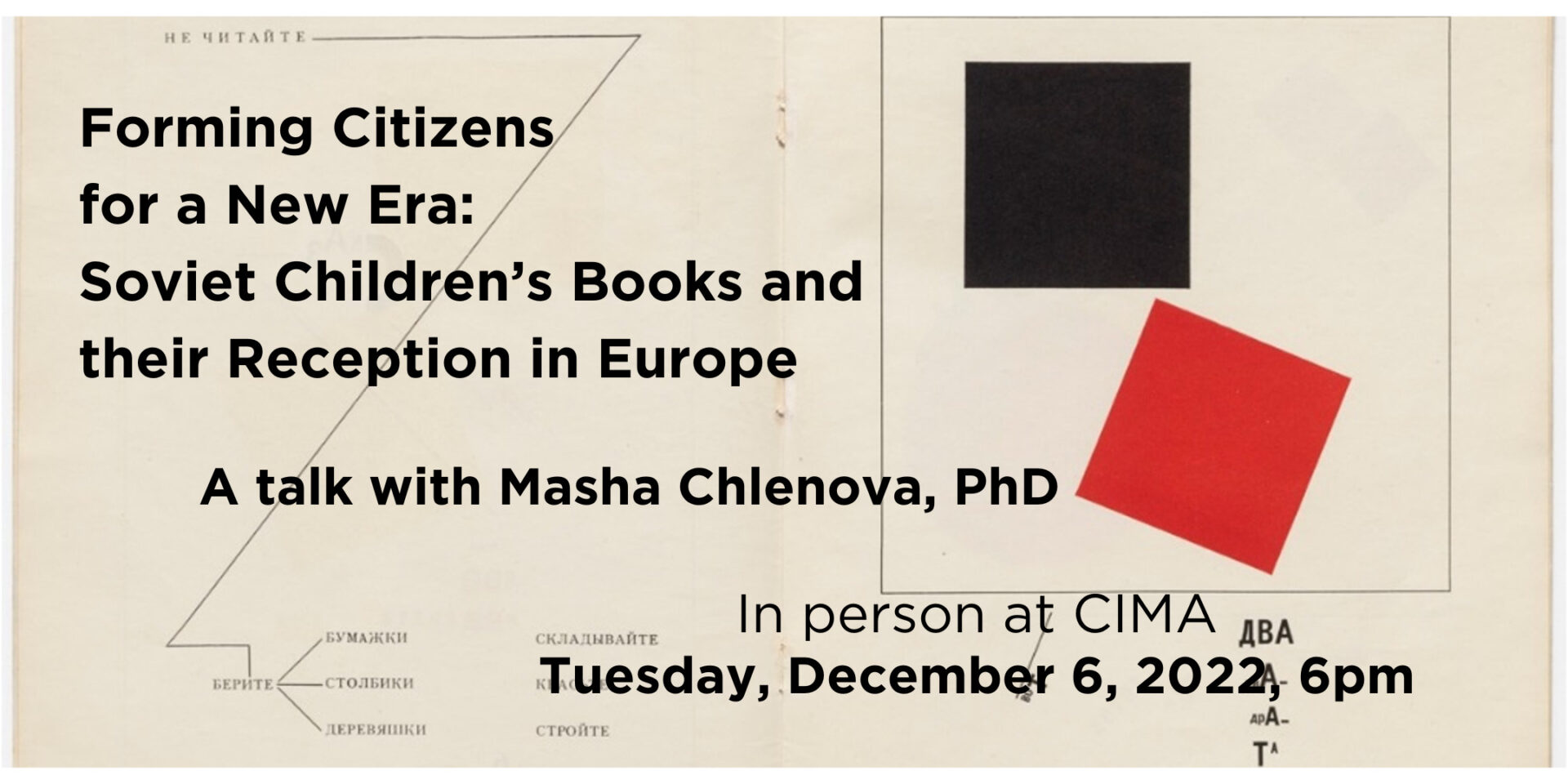 This talk will examine the radically innovative design of children’s books that developed in the fledgling Soviet state between 1918 and 1932. Integrating text and image, these books portrayed the life of ordinary people in a dynamic modernist graphic language that sought to inspire young minds to take an active part in building a new society. Starting in the 1920s, Soviet children’s books were regularly shown in Europe, inspiring many innovative artists, including Bruno Munari.

Masha Chlenova, PhD, is an art historian and curator based in New York City. She held curatorial positions at the Guggenheim Museum, The Museum of Modern Art, and Stedelijk Museum Amsterdam. She has published widely on Soviet and European avant-garde, including in the journal October, in edited books, and in exhibition catalogs published by the Guggenheim Museum, MoMA, Tate Modern, Royal Academy of Arts, Centre Pompidou and Muzeum Sztuki. Among the exhibitions she organized in New York was Russian Revolution: A Contested Legacy, held at the International Print Center NY in 2017. Most recently she curated a major exhibition entitled Encounters: Russian and Soviet Art Across the Borders, 1910-1990 for the Muchmuseet in Oslo. Scheduled to open in February 2023, this exhibition became unthinkable following Russia’s invasion of Ukraine. Chlenova teaches art history at Eugene Lang College of Liberal Arts at The New School.